In times of Corona, Don Redmon

Five years ago, I was very excited and proud to release my first solo album, ” Walk in the Footsteps”.

The songs were written by myself together with some dear friends of mine.

The album was emotional and some of the lyrics reflected on a personal tragedy that took place in my life.

My new album is called ”Embraced” and contains 12 newly written songs, one cover and one bonus track.

The material on the new album is once again written by myself together with some of my close friends, the new songs becomes a collection of memories that I through the new album embrace with all my heart and would like to share with all of you. 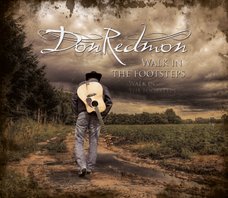 The album ”Walk in the Footsteps” I wrote together with some of my dearest friends.My debut album was very emotional as some of the lyrics reflected on a personal tradgedy that took place in my life. 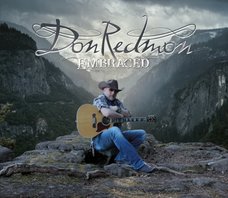 My new album is a celebration to the moments in life spent with loved one. The new songs becomes a collection of memories that I through the new album Embrace with all of my heart and would like to share with all of you.

I am a guy who grew up in a small working-class town in Sweden, called Finspång. I believe my love for country music started while I was rocked as a baby by my folks. I grew up to the sound of Buck Owens, Merle Haggard, George Jones and Dolly Parton (just to mention a few).

I have had the privilege to share this mutual interest and talent, singing and playing guitar, with my dad and for this

I am forever thankful.

My father and I started a band after a trip to Nashville in 2001. We named the band “Don Redmon Band” as a tribute to a man we met on our trip and who really made a big impression on both if us. With the DR band we have had the opportunity to tour all over Sweden and abroad

We released three albums during those years, and we won the Swedish Country Music Championship twice. It felt like the right thing to call myself “Don Redmon”, once I decided to take on a solo career.

Let me just say that I am honoured and very grateful to be able to let MY music take place in YOUR ears, and don´t forget…

SOME DAY A COUNTRY SONG IS GONNA SAVE YOUR LIFE! //Don Redmon (Andreas Johansson)